La Torre del FilareteThe Torre del Filarete (the central tower of Castello Sforzesco, named after the architect who designed the tower) is the natural trait d’union between Piazza del Duomo and the Arco della Pace (Arch of Peace), that is, between the souls of the different historical eras of Milan: the Castello Sforzesco has always been one of the good “lounges” of the city, with an atmosphere that invites gathering and conversation, a symbol not only of its traditional and proverbial industriousness, but also of a taste for beauty. A vast pedestrian area introduces and a large fountain announces, the castle which strikes, above all for its powerful structure, a synthetic representation of the power of the then dukes of Milan. But in addition to the rooms, towers, courtyards and battlements, the castle complex houses eighteen museum entities, which each constitute a visit within the visit: among these, a few stand out: the Museum of The Rondanini Pietà – Michelangelo, the Sala delle Asse – Leonardo da Vinci and the Egyptian Museum. Behind it extends over 47 hectares of land: the large Sempione Park, a green heart in the center of Milan that leads directly to the Arco della Pace and the Arena Civica, two splendid testimonies of Napoleonic domination. 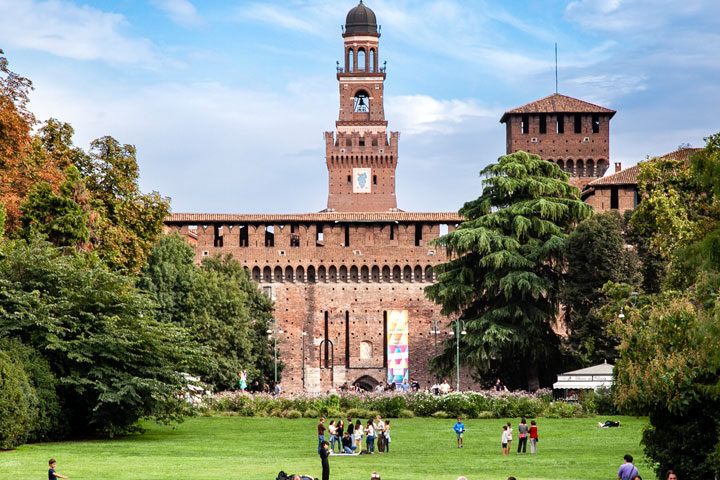 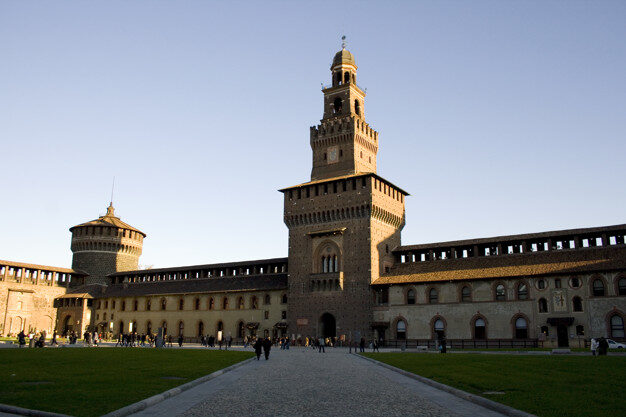 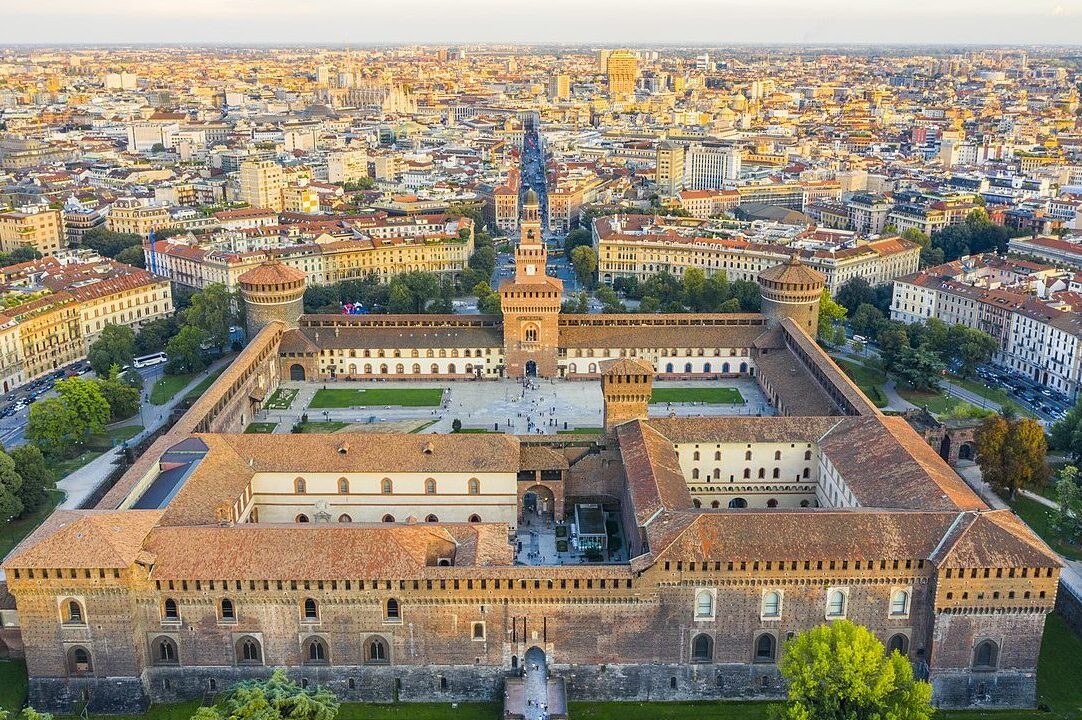 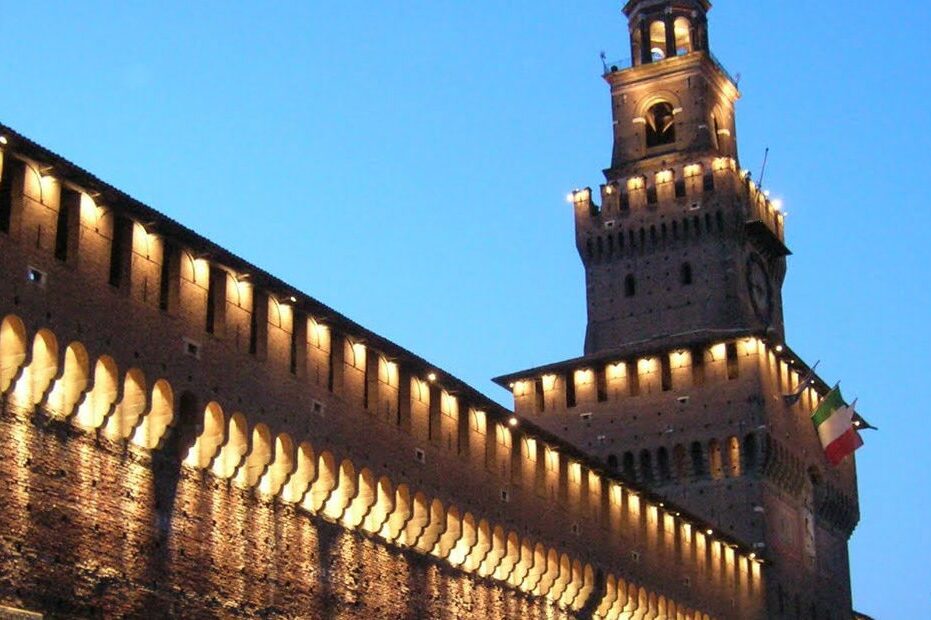 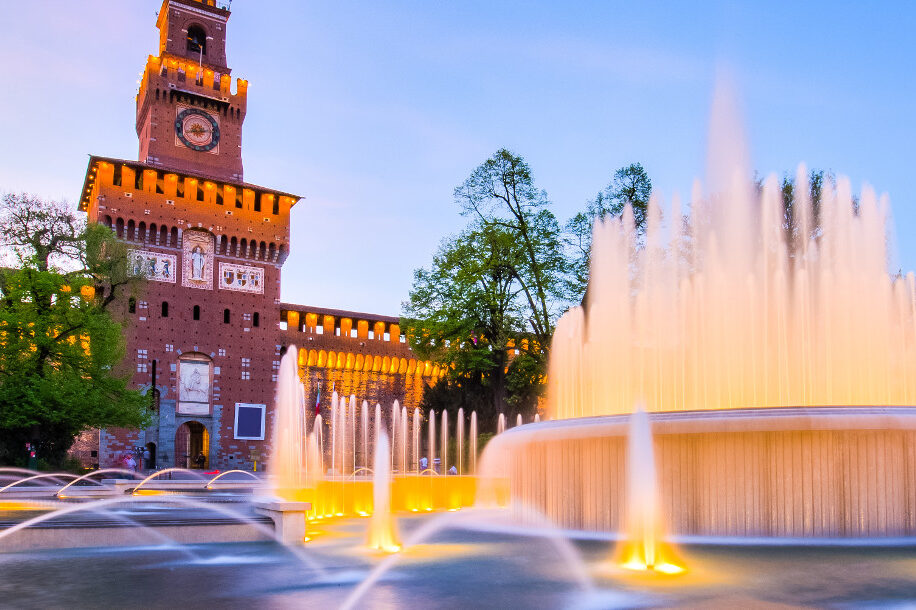