The castle of Cusago was built at the end of the fourteenth century, upon the ruins of a Lombard fortification, by Bernabò Visconti, lord of Milan who made it a country residence for hunting and leisure. Bernabò’s successors, including Filippo Maria Visconti, and the Sforza, also used the castle as a hunting lodge as the area was rich in forest trees, streams and wildlife. Filippo Maria Visconti built the “Naviglietto”, part of the network of canals used to transport the whole court to the other ducal residences of Vigevano and Abbiategrasso. Ludovico il Moro loved the countryside of Cusago very much. The Duke of Milan made important renovation works, enriching it with the angular loggia (a covered exterior gallery open to the elements on one side, usually supported by a series of columns and arches) and embellishing it with friezes, frescoes and decorations. Moro stayed in the castle together with Beatrice d’Este, to whom he donated the castle in 1494 and from which he gave orders for the administration of the Duchy. After the Sforza family, the castle passed first to a lover of Moro, Lucia Marliani, and then to the Casati Stampa family who held it until the early 70s. From 1946 to the end of the 80s it was inhabited by the people of Cusago and Milan who had lost their home during the Second World War, thus becoming a large farmhouse for residential use.  The castle has a rectangular floorplan and has a central tower that, together with that of the Castle of Vigevano, the architect Luca Beltrami took as a model to rebuild the tower of the Castello Sforzesco in Milan. The Casati Stampa, subsequently, built two turrets that mimic the style of those placed on the Palazzo Stampa Soncino in Via Soncino, Milan. On the right side, the castle has a loggia currently walled, typical of a residence for leisure. The large windows, with pointed arches and terracotta sills, are framed in lime having decorative corners. On the external facades there are glimpses of see decorations with rhomboid motifs, which in its time, was interrupted by a multicoloured band. In the halls, one can find a stone fireplace, two frescoed coats of arms of the Casati Stampa family, and a coffered ceiling (having sunken panels) bearing Sforza friezes including the motto ‘Merito et Tempore’ (Merit & Time in Latin).

Castle currently closed for renovations.
Availability for guided/theatrical tours of the village. 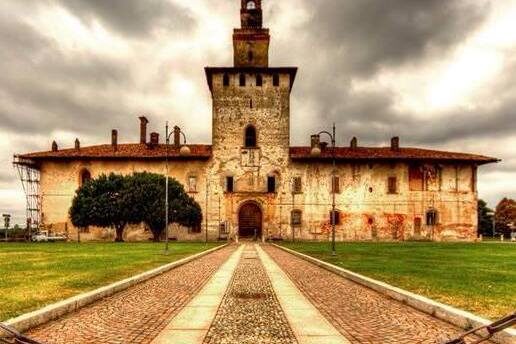 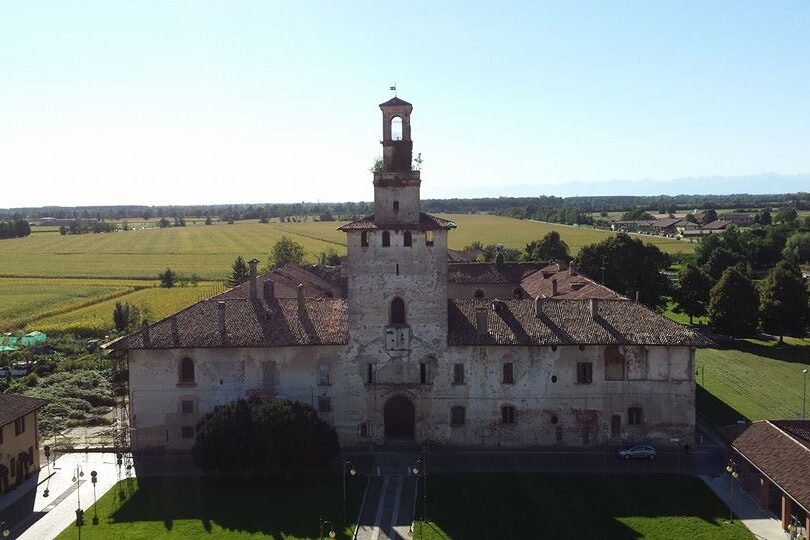 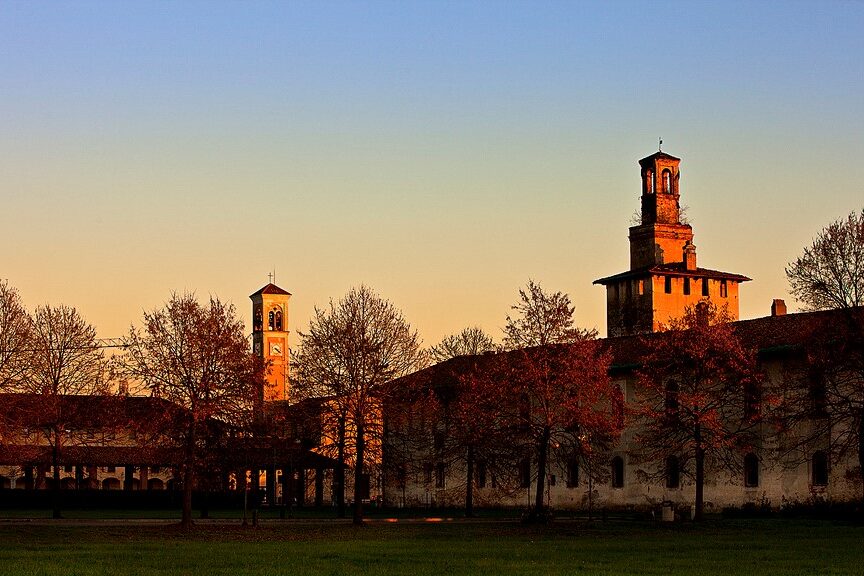 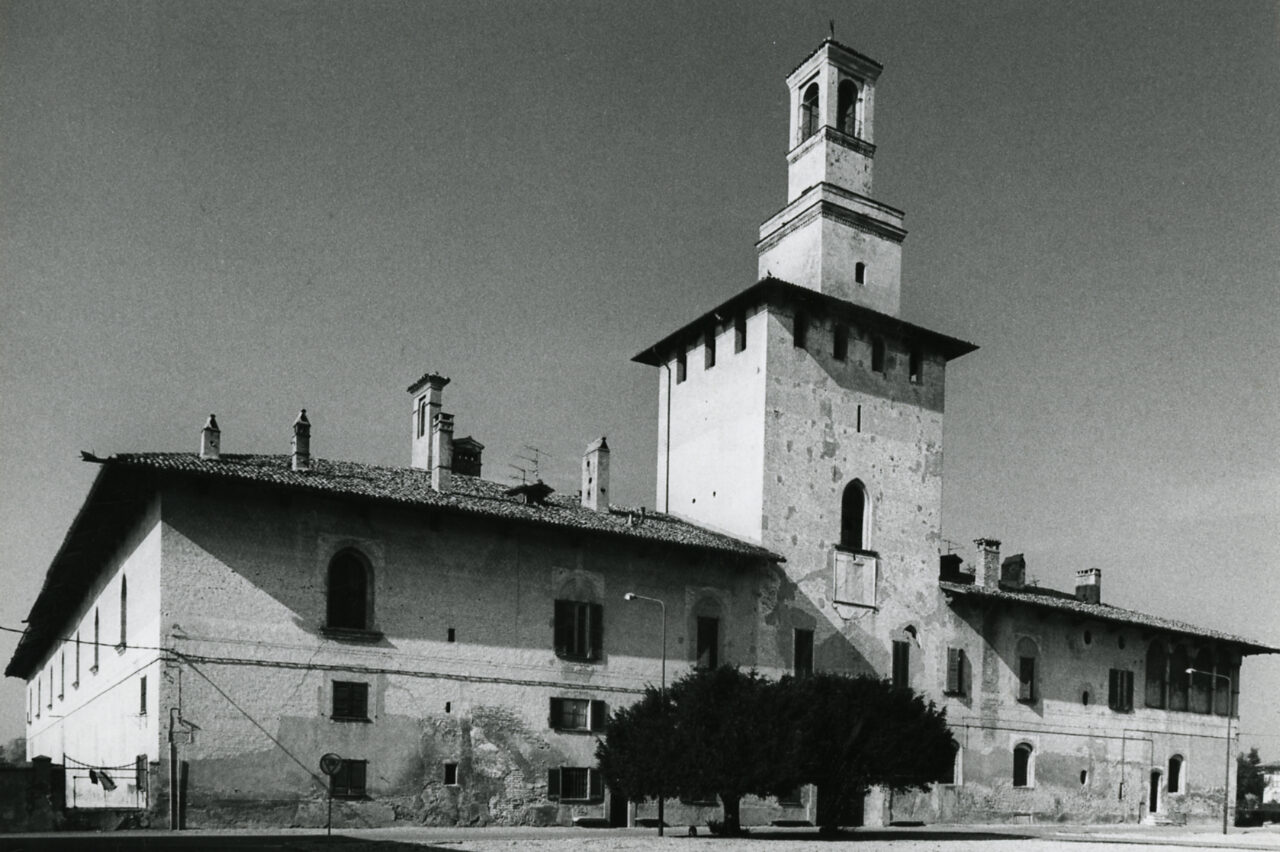 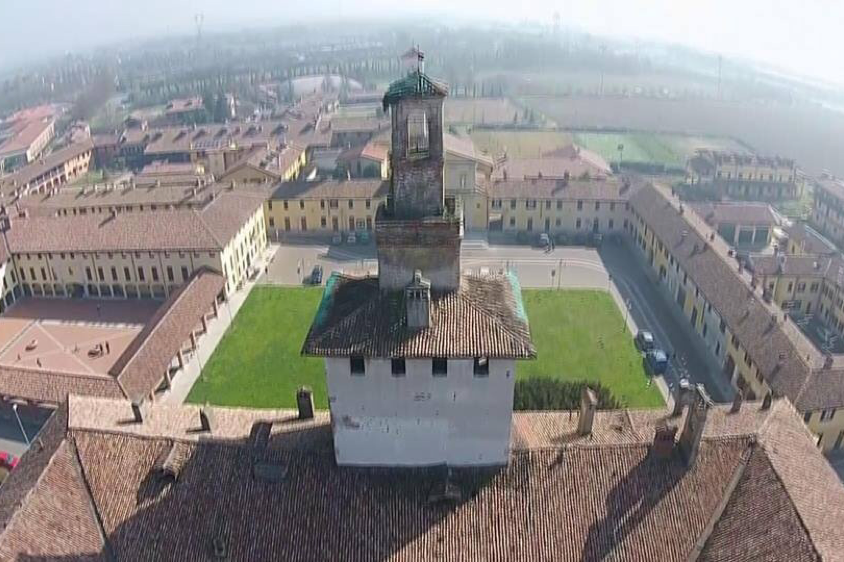 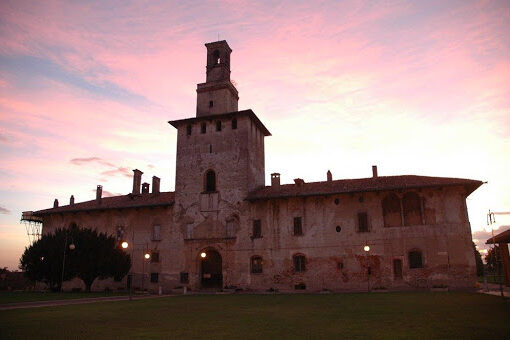